10 Reasons We Should All Have Salento in Our Lives 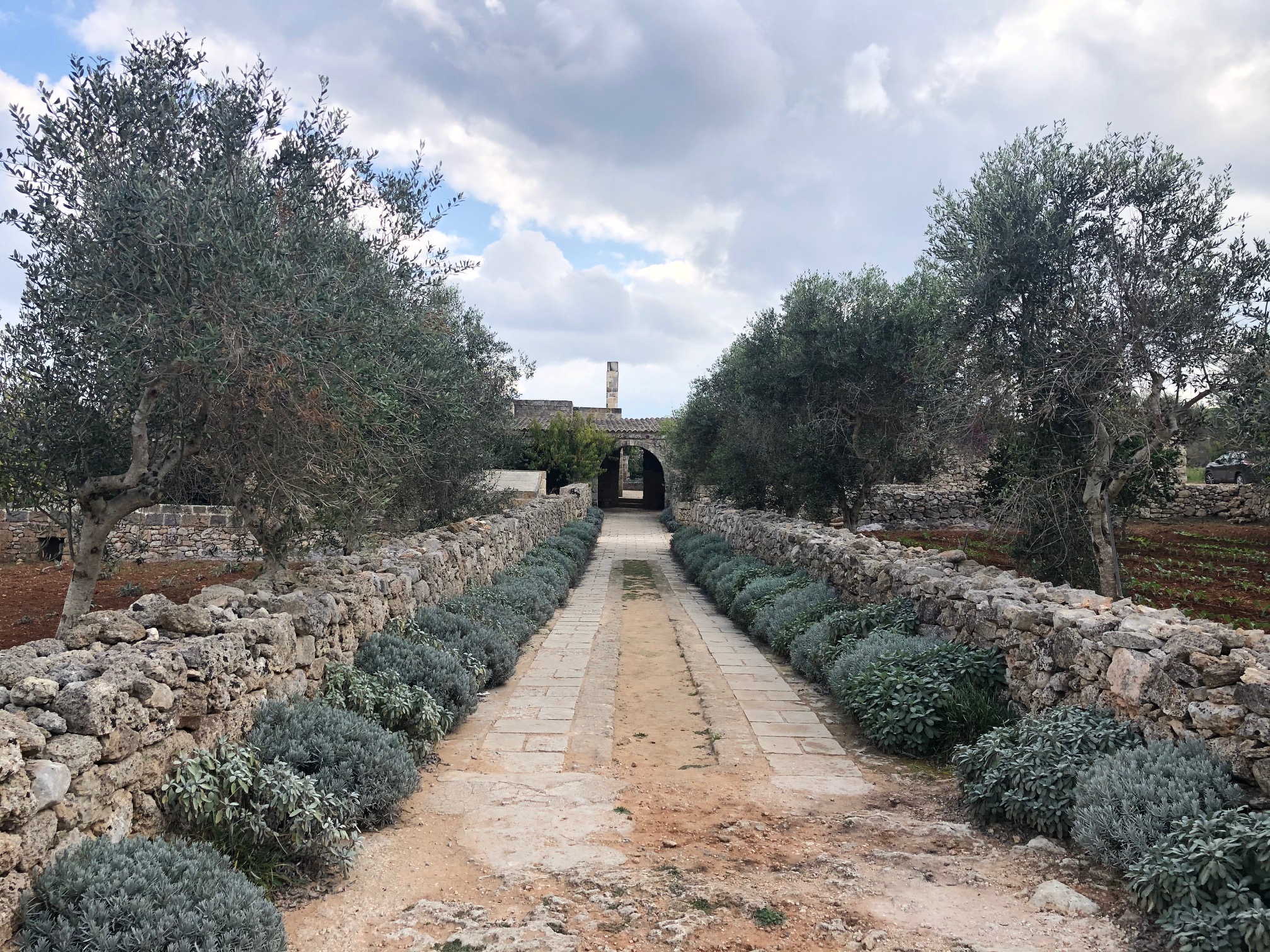 It’s easy for an Italian Enthusiast to fantasize about Italy.  Whether we’ve been to the big cities of Italy and brought back everlasting memories, or we’ve memorialized the dolce vita lifestyle commonly depicted in cinema, the idea of Italy garners in many of us feelings of happiness.  But for the seasoned Italian traveler, it’s not so easy to choose an actual Italian city to put down roots or even vacation.  In a country where every town you visit is more beautiful than the last, Italian Enthusiasts find truth in the old adage attributed to Aristotle: “the more you know, the more you know you don’t know.”  It is for this reason that Italian Enthusiasts often feel overwhelmed when confronted with the task of deciding where in Italy to visit, conduct business, or even relocate.  The purpose of this post is to impress upon Italian Enthusiasts that based upon my extensive Italian travels, the geographic region of Southern Puglia, known as Salento, is a top contender.

1) Real Estate is Economical.  Comparatively speaking, real estate prices in Italy are generally less expensive than prices in many other parts of the world.  Additionally, real estate prices in Southern Italy are generally less expensive than prices in most other parts of Italy.  In a recent article published by The Local, property prices (measured by asking price per square meter), are lowest in regions such as Puglia, Sicily and Molise.  During last month’s trip to Salento, I found several refurbished apartments, even in the historic centers of some of the most beautiful towns, selling for under $150,000, and even several under $100,000 that require work.

With housing prices comparatively low, it is only a matter of time before they increase in value, especially since more and more people internationally are becoming aware of Puglia’a brand and quality of life.  In fact, according to a Huffington Post article, Puglia was listed as one of 17 places to travel before they get famous.

2) Culinary Specialties.  In Salento, culinary traditions are well-maintained.  Wherever you travel within Salento, each town seems to have its own unique culinary specialty.  For me, a centuries-old pastry is like a living and breathing artifact, consumption of which brings us back through history.  In Taurisano, for example, I tasted the delicious Mustiazzoli cookie, with origins dating back to the Turkish invasion, and the Friselline, which is a customary snack, starter, or even main meal when you want something quick.

3) Song and Dance.  In Salento, traditional song and dance are very much a part of every day life in comparison to most other parts of Italy, especially the north, where song and dance is essentially nonexistent.  Salento’s traditional music, known as Pizzica, has created sensations that my heart has never known before, which makes sense since it originated from tarantella music – an historical form of music therapy.  Pizzica performances are widespread all around Salento, including its many variations and forms.  An example of Pizzica performed by my friends Salvatore Gervasi, Mariella Salerno, Giuseppe Carissimi, and Melpignano Mayor Ivan Stomeo (my first experience) can be viewed here, and an example of a more commercial form of Pizzica from this year’s annual Tarantella Festival (Notte della Taranta) can be viewed here.

4) Business Opportunities.  According to a publication issued by the government of Puglia, there are numerous advantages to doing business in the region, including Salento.  Puglia is a leader in various industry sectors including renewable energy, automotive, food and wine, fashion, and furniture.  Puglia is also in a strategic geographic location, with 9 ports and 4 airports, and is also a relatively young region where the average age of the population rates among the lowest in Italy.

Of more significance, the regional government of Puglia provides substantial personal attention to companies wanting to invest in the region, and offers a wide range of incentives capable of supporting business growth in a region with competitive operational costs.  Per the funding program for the 2014-2020 period, Puglia has earmarked European Union funds for business investments, amounting to a total of over 2 billion euros.  For more information about investing and doing business in Puglia, you can visit: https://www.pugliasviluppo.eu.

5) Warm and Welcoming People.  In a hustle and bustle, dog eat dog world, acts of kindness can go a long way.  When it comes to warm people, it is a truth acknowledged all throughout Italy, that the warmest of Italians come from the south, and when you get to Salento, well, you cannot get anymore south than that (the heel of the Italian boot).  To the Italian Enthusiast, it is sometimes difficult to ascertain levels of warmth in people, mostly because tourists are welcomed everywhere in a country dependent on tourism; however, when Italians themselves acknowledge this unique characteristic of the southern people, then you know there is truth to this perception.

6) Events and Social Life.  In Salento, there is no shortage of events throughout the year.  Last month, for example, I attended Expo 2000 in Miggiano – the historic trade show dedicated to Salento’s crafts, agriculture and tourism.  The show, which was abundantly enjoyable and well-organized, featured vendors of all kinds, including arts & crafts, hardware, food & beverage, clothing, etc.  The event was also kid-friendly with various rides and carnival booths for children to enjoy.  In fact, it was at this event where I tasted the most delicious pastry ever called le tette di monache.  My experience at Expo 2000 was rewarding in many respects, and while it only lasted four days, Expo 2000 is just one of literally hundreds of other amazing events throughout the year.  In Salento, when one event comes to an end, there is always another event beginning.  For a list of events in Salento, see TorreVado.Info.

In addition to the plethora of events, nightlife in Salento is thriving.  In August 2019 I went to Salento’s most popular nightclub, Gibò.  One observation I found interesting was that the average age of the guests must have been at least 40.  With hundreds of people drinking and dancing, and with ages ranging from roughly 18 to 65, everyone meshed together with little to no separation, until around 6:00 a.m.  Between Italians enjoying life more so than many other cultures around the world, and multi-generational families living under the same roof, Italians of all ages come together in entertainment settings to socialize.

7) Not Saturated with American Tourists.  When in Italy, I prefer spending time with Italians for the simple reason that being with Italians provides for a more authentic and fulfilling experience.  Salento has historically been off the radar to American tourists in comparison to Italy’s large cities, and for this reason, I look at the land as unspoiled.

8) Beautiful Beaches.  Salento is a peninsula where the Adriatic Sea can be enjoyed on the eastern side near Otranto, and the Ionian Sea can be enjoyed from the western side near Gallipoli.  Salento is famous for its beaches (both sandy and rocky).  For a more detailed description of a typical rocky beach in Salento, see my prior blog post here.  Some notable sandy and rocky beaches include: Punta Prosciutto, Torre Lapillo Bay, Porto Selvaggio, Baia Verde, Torre San Giovanni, Maldive del Salento, Acquaviva di Marittima, Porto Badisco, Baia dei Turchi, and Torre dell’Orso.  Beach-life is very much a part of the everyday summer routine for many Salento residents.

Within Italy, the crime rates vary depending on the region.  The highest crime rates involving thefts, according to the 2016 article in The Local, are in large cities like Milan, Bologna, Florence, Turin, Catania and Rome.  The article does note 200 robberies in Bari per 100,000 residents, but Bari is over a 1.5 hour drive from Salento.  While Italy is a relatively safe country, the area of Salento is also safe in comparison to the other Italian regions.  I personally have always felt safe in Salento.

10) History.  Last but not least, Salento is rich in history.  I am not a historian and cannot begin to satisfactorily describe the historical wonders of Salento, but for history buffs, Salento has a wide range of treasures.  Ranging from the dolmens and menhir of the bronze age, to Magna Grecia during the Roman Empire, to literary references of Virgil, and to more recent events such as the creation of the masserie, there is no shortage of history in Salento.  Archeologists continue to discover new treasures in Salento each year, including art in ancient churches and statues underneath the surface.  Just as the peninsula of Salento is so desirable now, it has been through time immemorial.

In conclusion, there is in reality more than 10 reasons to have Salento in your life, but I had to stop somewhere.  Each time I visit Salento, my intimacy with it grows, and I desire more and more to return.  If any of my readers are interested in Salento, please write me with your interests and I can help place you with the right people of Salento.