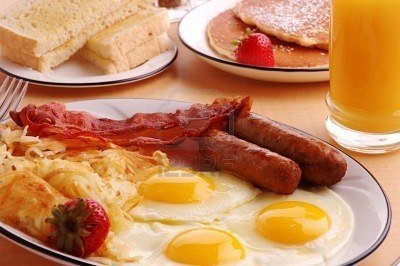 One of the things so precious about world travel is experiencing difference in culture.  In China, men sing Karaoke songs to each other during important business meetings.  In Russia, men smack themselves with tree branches while lounging naked in saunas.  In Italy, well, Italians do tons of things that Americans find culturally unique, like close their stores for a few hours during lunch, eat dinner at 9:00p.m., or take numerous espresso breaks throughout the day.   The United States is no exception to possessing unusual cultural behaviors to foreigners.  With the help of my Italian friends who shared with me their observations upon coming to the United States for the first time, below is a list of 10 examples of American behaviors, products or habits that Italians find different.

CARS ARE LARGER AND AUTOMATIC

Cars are larger in the United States, and most are operated by automatic transmission.  It is true that there are big cars in Italy as well that operate by automatic transmission, but they are few and far between.  Italians are used to small cars driven manually, so coming to America seeing several Ford Expeditions, Range Rovers, and Chevrolet Suburbans driving around is a surprise.

In Italy, with little cars come little roads.  It’s no wonder then when Italians drive on US freeways, parkways and turnpikes, they cannot help but to notice the drastic difference in roadway width, which can be intimidating for Italians.  Rather than having a 4-lane highway, like the Italian Autostrada, it is not uncommon for there to be 8-lane highways in the United States.  In fact, the Katy Freeway in Houston, TX is a 26-lane highway.

Food is a big topic, with many differences.  Italians eat pastries for breakfast, not eggs sunny-side-up with a side of bacon, toast, pancakes, waffles and bagels.  Also, taking an Italian to an American supermarket is like a trip to a museum.  We don’t just sell regular milk, we sell chocolate milk, strawberry milk, french vanilla milk, skim milk, 2% milk, almond milk, soy milk, hemp milk, flax milk, coconut milk, hazelnut milk, oat milk, cashew milk, rice milk, and goat milk.  The varieties of food in the United States are never-ending.  Italians find it surprising to learn that we sell boneless fish fillets in the US, and seedless grapes.  And when we are ready to pay, the check-out clerk bags our groceries, whereas in Italy, Italians must bag their own groceries, only after purchasing the plastic bags.  These are not the only drastic food-related differences between the US and Italy, but they are some of the big ones that Italians notice right away.

American clothing style (or lack thereof) is something Italians notice right away.  Italians believe that Americans dress more “comfortably” than Italians, wearing baggier clothes and walking around everywhere with flip-flops.  In Italy, fitted clothes are more common, and Italians are not big on flip-flops.

Italians have this image of the prototypical American house they see in the movies, having green grass, shingle roofs, a pool, and mailbox.  For any Italian visiting a suburban area of the United States, one thing they will notice as unique is our residential architecture and amenities, including the mailbox at the end of the long driveway.  A big difference from the mailboxes so common in Italy.

Americans utilize drive-thrus in the United States not only at most fast food chains and other restaurants, but also at pharmacies and banks.  In Italy, however, drive thrus do not exist, and if they do, at least not in the minds of the Italians I have spoken with.  There is nothing that shouts, “I am in America” louder than purchasing a bottle of Tylenol at the pharmacy drive-thru.

In the United States, there are many public beaches where people can sunbath for free, bringing with them their own chairs and umbrella.  But in Italy, while public beaches do exist, they are more difficult to find.  Italians are used to paying to enter a private beach, also called bagno, where umbrellas and chairs are supplied to them.  For Italians to discover the vast public beaches at their disposal in the United States, it always strikes them as unique to the US, and very much different than their own country.

After a trip to the United States, Italians often conclude, “everything is bigger in the United States.”  In addition to cars and streets being larger as referenced above, Americans place more emphasis or importance on larger items.  Homes and buildings are comparatively larger.  Engagement rings are comparatively larger.  Bathrooms are larger.  There is no question that Italians have large things as well, but I am speaking mostly of generalities.