The Adoration of Children in Italy 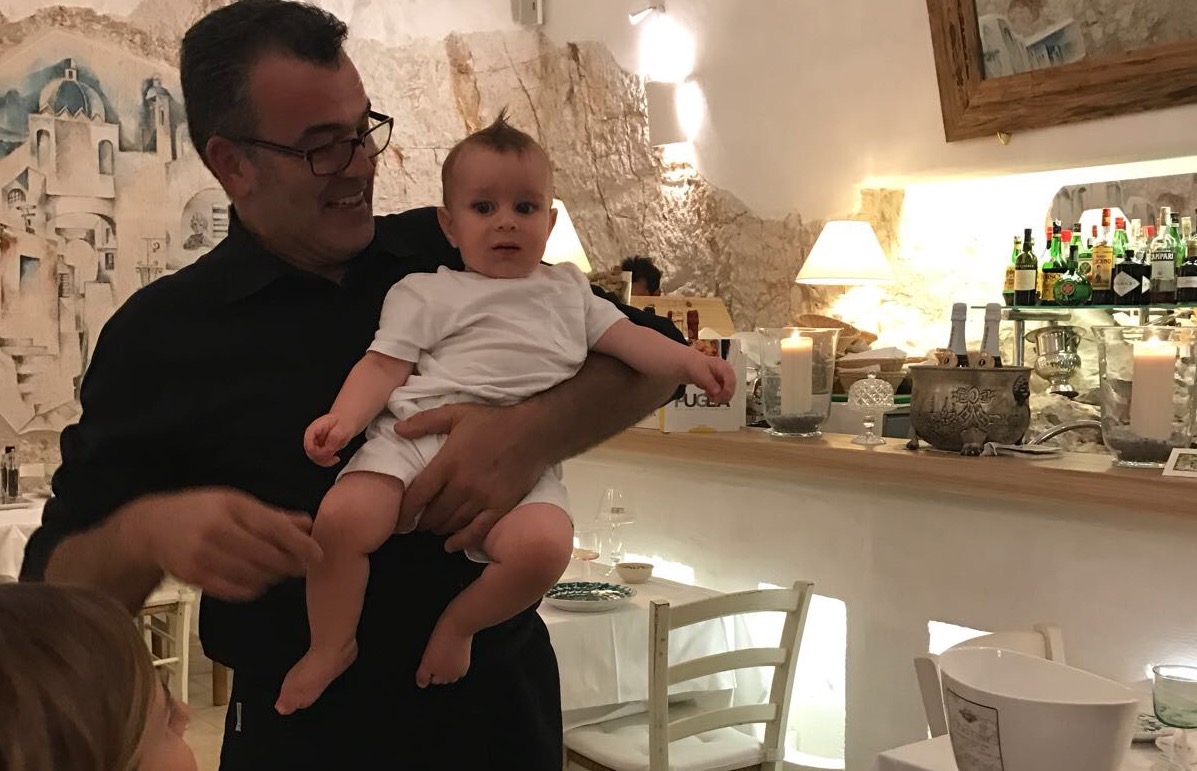 During a time in my life when much of my energy and concentration has shifted towards child rearing, and given that my wife is now pregnant for our second child, I am inspired to write about differences in how children are publicly received by admirers in the United States versus Italy.

In a hypersensitive America, parents often disapprove of others touching their babies. Parents fear an unknown admirer will transmit germs to their baby, or even worse, touch their baby inappropriately.  The fear of germs, or some type of harm committed by an unknown person, is at the forefront of parental concerns in the United States that the approach many parents take to protect against these fears is to afford their children minimal contact with strangers.  This sentiment is so ingrained in American society that people have become standoffish towards children in public, fearing that any physical expression of admiration towards a baby will be received negatively by the parents.  As an American, I’ve never walked up to a stranger’s baby to pinch his/her cheeks, or to pick him/her up for a hug and kiss; and as a parent, no one has ever done that to my baby… in America.

In Italy, it’s different.  One of the first things I noticed when traveling around Italy with my infant son was how affectionate strangers were to him.  Instead of only smiling from a distance, passersby in Italy often run over to my son to caress his head, or squeeze a hand.  Restaurant owners and staff are quick to pick him up, carrying him around the restaurant and kitchen, kissing his cheeks.  Italians love babies unabashedly.  They embrace their affection for children and are not inhibited by a cultural stigma so prevalent in American society.

In fact, out of all the times Italian strangers expressed signs of physical affection for my son, I don’t recall any of them asking first.  They just did it, naturally, conceiving of no reason not to.

What is the reason for this difference in mentality between Americans and Italians?  We cannot conclude that Italians are not concerned about germs, or harm from strangers; to the contrary, Italian parents are also protective of their children.  Is it that Italians are more trusting of strangers?  Whatever it is, admittedly I prefer the Italian way.  I always receive a warm feeling from the Italian public while observing their interactions with my son, and at no time did I ever feel uncomfortable.

The truth is that children are doted on universally without exception; but the ways we express our adoration for children differs from culture to culture.  If any of you plan to visit Italy with your small children, expect to share them with the Italians you meet.  If any of you have similar experiences with how Italians have handled your own children, please share!

*The photos provided for this post were all taken over the past year throughout Italy, and show my son, Leonardo, being held by restaurant employees.