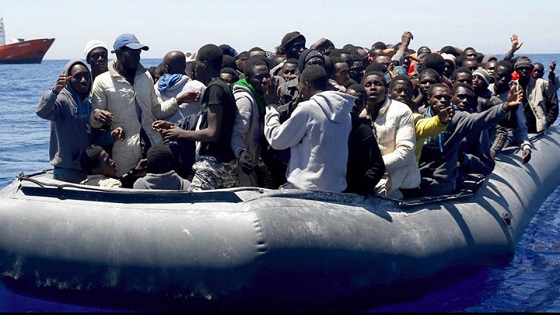 African migration is a hot topic in Italy right now that is causing increasing controversy among Italians. According to media reports, over 73,000 African migrants have come to Italy in 2017, which is significantly more than African migration in prior years. Migrants typically depart from Libya on makeshift boats, often to be picked up somewhere in the Mediterranean Sea by humanitarian organizations or Italian government vessels and brought to the Italian shores for safety.

Many Italians take the humanitarian approach, believing that Italy should help the migrants escape from very poor conditions. Italians recognize that thousands of Africans died in 2016 trying to cross the Mediterranean, and many Africans fell into the hands of criminal networks, like the Mafia, along the way. For these reasons, many Italians support humanitarian efforts that assist in bringing Africans to shore, and promote healthy integration into Italian society.

Others, however, take a different approach. Many Italians believe that African migration is in fact an “invasion” and that the increasing number of migrants in Italy has become a threat to its national security and culture, partly because many Africans are Muslim. These Italians feel that the government should stop the humanitarian efforts at sea, and should block access to Italian ports, while at the same time provide support to Africans in Africa, not in Italy.

African migration raises important questions for Italians, as well as Italian Enthusiasts. Particularly, if African migration continues in such high numbers, can this cause a threat to Italian culture and safety? Will the Vatican one-day be transformed into a mosque, just as the Hagia Sophia was converted into a mosque after Constantinople was conquered by the Ottoman Empire in 1453?

According to Wikipedia, in 2015, Italy had a population of roughly 60.8 million people, 8% of which were foreign nationals, and 3% of which were Muslim. Is it realistic then, for continued African migration to change the rich Italian culture that we all cherish so much?  If not now, what about in 20-years?  Can Catholicism become the minority in Italy?  Will crime or terrorism increase?  What consequences, good or bad, will continued African migration have on Italy as a whole?  What are the solutions?

I look forward to receiving comments on this important subject in modern Italian politics.  Developing an opinion and dialogue on this subject will better prepare you for your next trip to Italy!