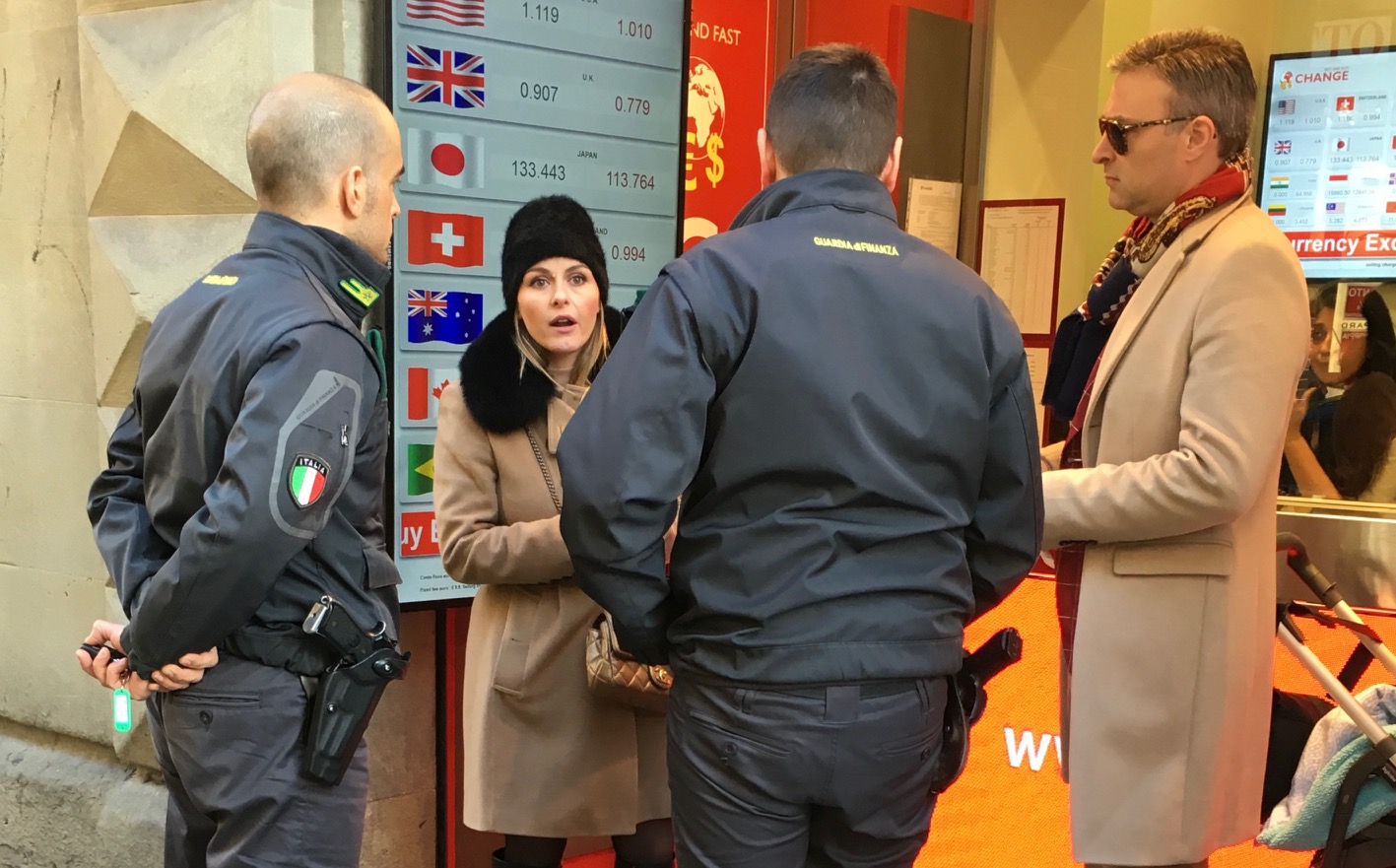 Many Italians, especially in touristy places, take advantage of  American tourists, and quite embarrassingly, I was recently a victim.

When I need Euros, I usually exchange dollars to euros with Italian friends, purchase euros at my bank in the United States, or simply obtain Euros at an Italian ATM machine. These methods always produce the most euros for your money.

However, due to circumstances on my recent trip to Italy, I had some available US Dollars to exchange and decided to take the quicker route and just stop at a Cash Exchange place in the center of Florence.

Going in it, I was mentally prepared to be screwed, but not to such a high degree.  According to the recent currency exchange rates, 1000 US Dollars are equivalent to approximately 961 Euros. Therefore, the Euro is about 96% of the value of the US Dollar. I knew I would never get 96% in Euros at such an establishment, so in my mind I was prepared to accept a hit at 88%.  After all, the cash exchange places need to make some type of profit, naturally.

On December 28, 2016, I approached a currency exchange in the center of Florence called Best and Fast Change (www.bestandfastchange.it) located near the Ponte Vecchio. I handed the exchange teller, Marica, my money for counting, along with my US driver’s license. Again, I was prepared to accept as low as 88 cents on the dollar (maybe even 86 cents). I waited a few minutes for Marica to tell me the exchange rate and the amount of Euros I would get for my money (as they do in the United States), but she did not. Finally I asked her, at which time she told me an amount that was approximately 73% of the amount of US Dollars I gave her. Therefore as an example, for 1000 US Dollars, she would only offer approximately 730 Euros.

I immediately informed Marica that I do not authorize the transaction and would not sign for the exchange.  I requested return of my money.  Rather than giving me back my US Dollars so I can go elsewhere, Marica told me the transaction cannot be cancelled.  Against my objection, she gave me the Euros with a receipt that said “special discount” and “best rate”.  HA!

We left the facility and went to another Cash Exchange place located up the street.  The woman there told me that she could have done substantially better, and that she was disappointed in the service I received from Best and Fast Change.  At that point, I could not accept such a brazen ripoff, so I returned to demand to speak with the manager.

To make a long story short, Marica was not helpful at all.  She was rude and arrogant.  She then misinformed the manager as to the facts, and as a result, the manager did not offer us any relief.  She refused to allow me speak with the manager, and she refused to give me the manager’s name.

We then called the Finance Police (Guardia di Finanza), and two officers arrived to investigate about 20-minutes later.  The officers were friendly and professional; however, their response was basically, “the rates are written in small print on the wall, and if you did not approve the rates, you should have never given them the money.”  I get it.  This is Italy, and we cannot expect companies to offer the same customer service as we receive in the United States.  For example, in the United States, similar facilities make you sign before finalizing the transaction, and only after full verbal disclosure is made as to the precise amount of money you will be receiving.  If you do not sign, you get the money back.  Here, apparently, the moment you hand the clerk the money, is the moment the transaction is finalized.

In retrospect, I should have never given them the cash without first knowing the terms.  As a lawyer and Italian Enthusiast, this is Rule #1; however in my defense, when I gave them the cash I had already accepted that I would be ripped off, but JUST NOT TO SUCH AN OUTRAGEOUS DEGREE that I never anticipated.

The end result was that the Guardia di Finanza, while sympathetic to me and seemingly disapproving of the manner in which I was treated by Best and Fast Change, prepared a lengthy report that they will maintain on file.  At the very least, if Best and Fast Change continues their practices and receives more complaints, hopefully they can be sanctioned in the future for their conduct and begin treating people with more honest business practices.

My advice to tourists: DO NOT exchange your currency at these exchange facilities, especially BEST AND FAST EXCHANGE!  Buy Euros from your bank, or use your ATM card.  If you absolutely must use an exchange facility, visit at least 5 of them to negotiate a best price, and most of all, mentally prepare yourself for the uncomfortable realization that some Italian te l’ha messo nel culo (put it in your ass).