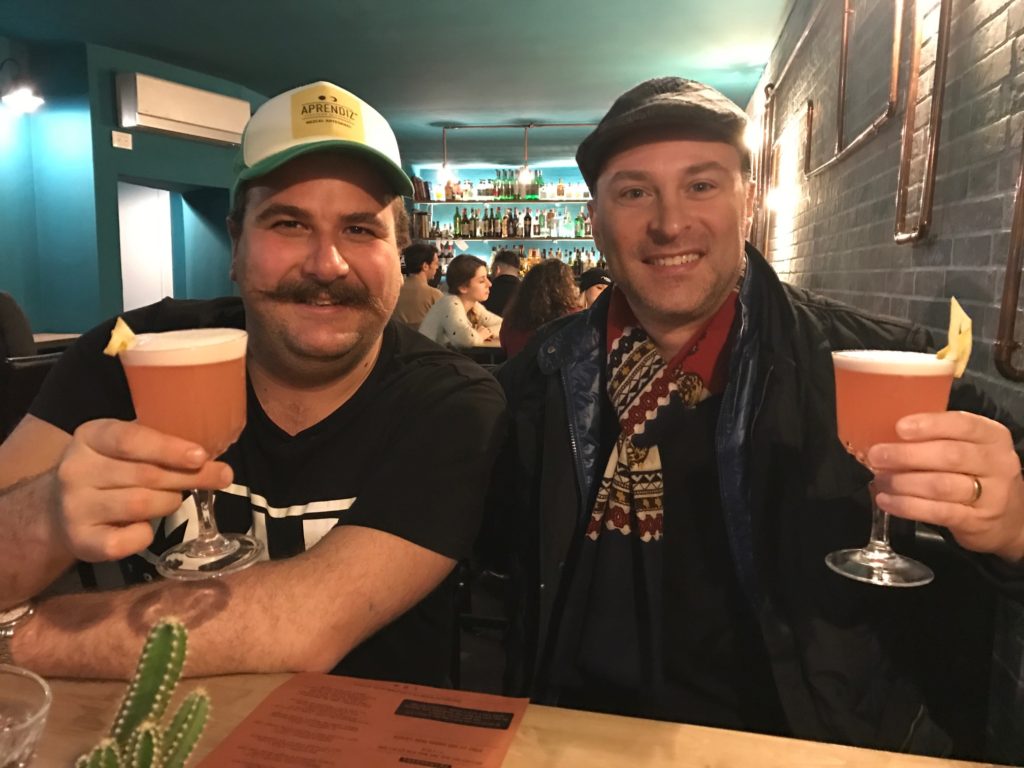 Julian Biondi won the 2016 Florence Cocktail Week contest for the best cocktail.  The contest was partially organized by Paola Mencarelli, a writer for Italy’s popular Italian food and wine magazine, Gambero Rosso.  Participants of the contest included a number of bartenders from the most upscale bars throughout Florence, including Fusion Bar (Gallery Art Hotel), Winter Garden Bar (St. Regis), and Atrium Bar (Four Seasons), among many others.  Biondi, representing Caffè Florian, won.

Since the contest, Biondi left Caffè Florian and opened a new bar called MAD, which is located on Borgo San Frediano (two bridges north of the Ponte Vecchio, and near Piazza del Carmine).  The precise address is: Borgo S. Frediano, 36R, 50124 Firenze.  This evening I had the opportunity to visit MAD, drink a cocktail, and speak with Biondi himself.

As soon as I opened the menu, in bold it says, “Of course you can have a negroni, a daiquiri or any good classic cocktail.  No, you will not have any Peach Vodka with RedBull.  Drink like a serious person.  Act like a mad one.”  Interesting. 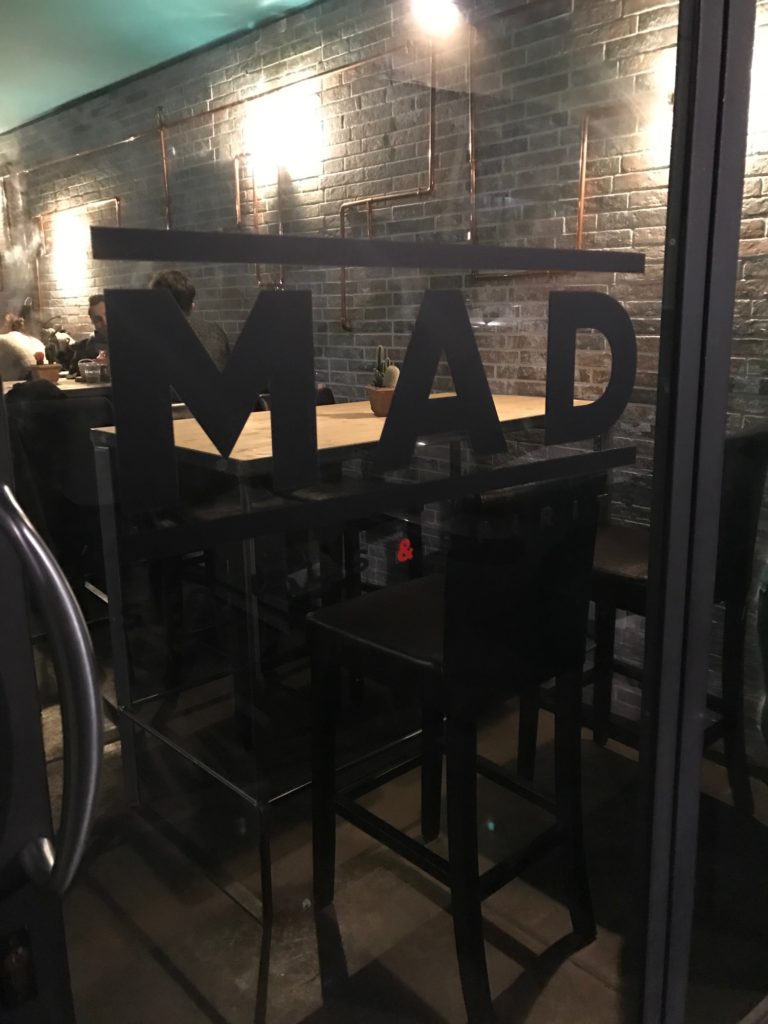 Biondi soon came to our table and my friend Luli from the famous enoteca, Pane, Amore & Fantasia, introduced us.  I asked Biondi for MAD’s best selling cocktail, and he brought me a drink called, “Un Rabbino Mi Disse”, which translates in English to “A Rabbi Once Told Me”.  The ingredients include gin, lemon juice, wildberries, apple vinegar and prosecco.  The inspiration for this drink, as Biondi explained, comes from a story he was told about how Jewish people used to make a sparkling alcoholic beverage in Brooklyn many years ago.

Now, I’ve never been a cocktail drinker, mostly because I never liked the taste (except for maybe a Piña Colada beach-side).  But if there is ever a drink that can convert me and broaden my horizons into the art of mixology, it is indeed the Un Rabbino Mi Disse!  The cocktail was incredible, and frankly I became quite MAD that I had never tasted anything like it before.

The bar is also new (less than 6 months old).  It is popular in Florence among locals, and relatively unknown to tourists at this time (compared to the other bars that participated in the Florence Cocktail Week contest).  If you want to meet a local celebrity and a renowned mixology expert, taste a delicious cocktail, and hang out with locals, go to MAD.  You can take out your anger at MAD when you drink the Un Rabbino Mi Disse and get pissed off to realize you’ve only now in your lifetime tasted a cocktail as good as Biondi’s!  Also, in case you were wondering, Biondi is the guy in the photo with me above wearing the cool mustache that only mixology experts and other big-timers can pull off.