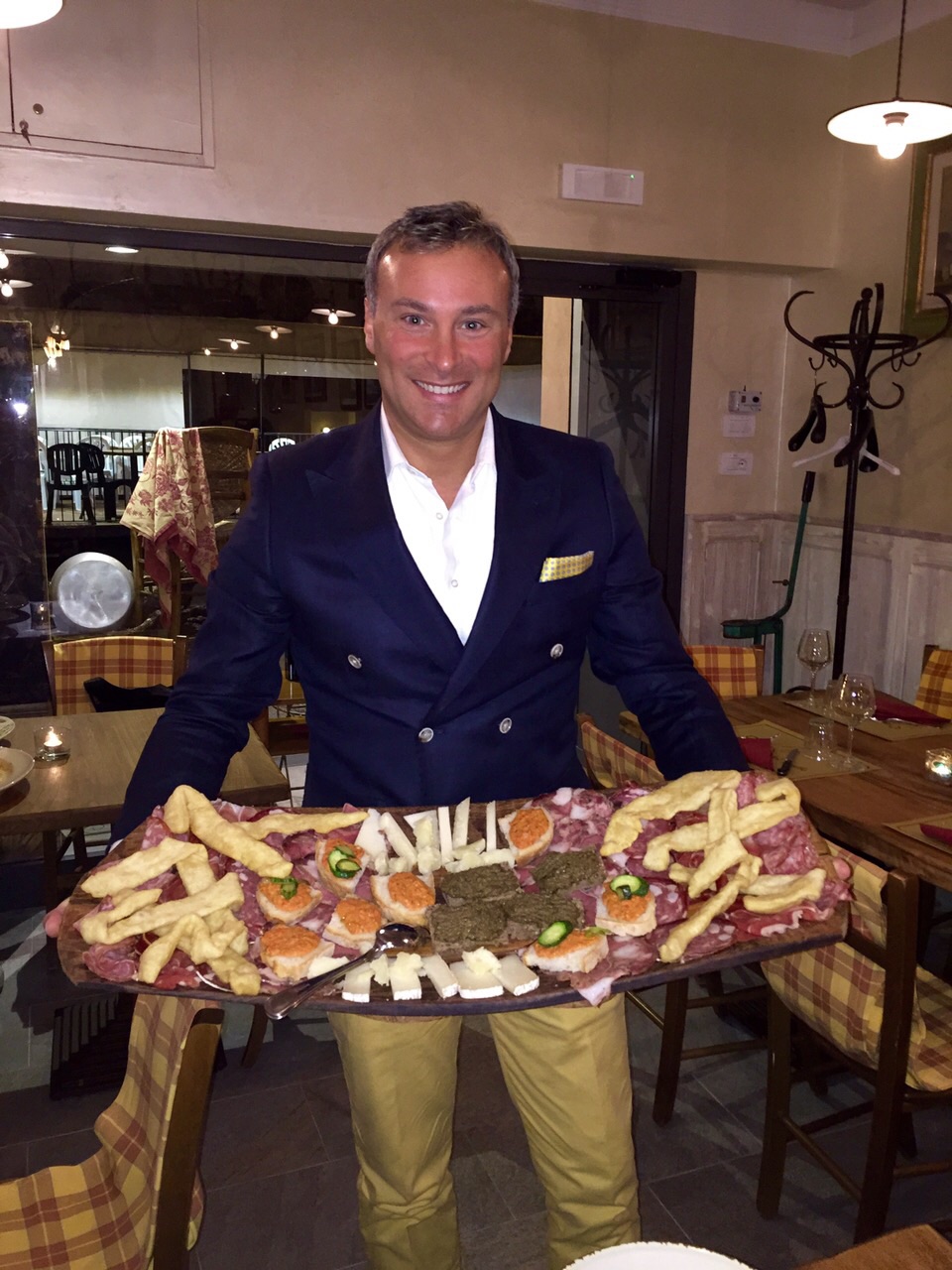 There are many appetizers unique to Tuscany that are often presented on a platter in mixed, colorful form that Tuscans refer to as Antipasto Misto.  The individual Tuscan appetizers, many of which are shown in my blog photos, include:

Slices of cheese with honey is also a common appetizer in Tuscany.  Sometimes restaurants serve cheese with jam as well, and this dish is not only common as an appetizer, but can also be served in place of dessert at the conclusion of dinner.

A selection of sliced meats is always popular, such as salame toscano and salamino piccante.  Types of salami include: mortadella, finocchiona, lardo, and sopprassata

Salame e Ficchi (salami with figs) is another Tuscan appetizer, popular in the summer when the figs are fresh.

Panzanella, which is served as a side dish or even a first course, is sometimes served as an appetizer, as shown in the photo above.  It is a typical Tuscan salad of bread and tomatoes that is popular in the summer, and also sometimes includes basil and olive oil.

Coccoli, Prosciutto e Stracchino is another classic Tuscan appetizer, consisting of a type of fried bread, served with prosciutto and cheese.

Verdure Grigliate is also common, which is basically a selection of grilled vegetables, including eggplant, peppers, and zucchini.

This list is not exhaustive, but accounts for many of the more common appetizers served in Tuscany.