Entertaining the Napolitano Way – In Your Underwear 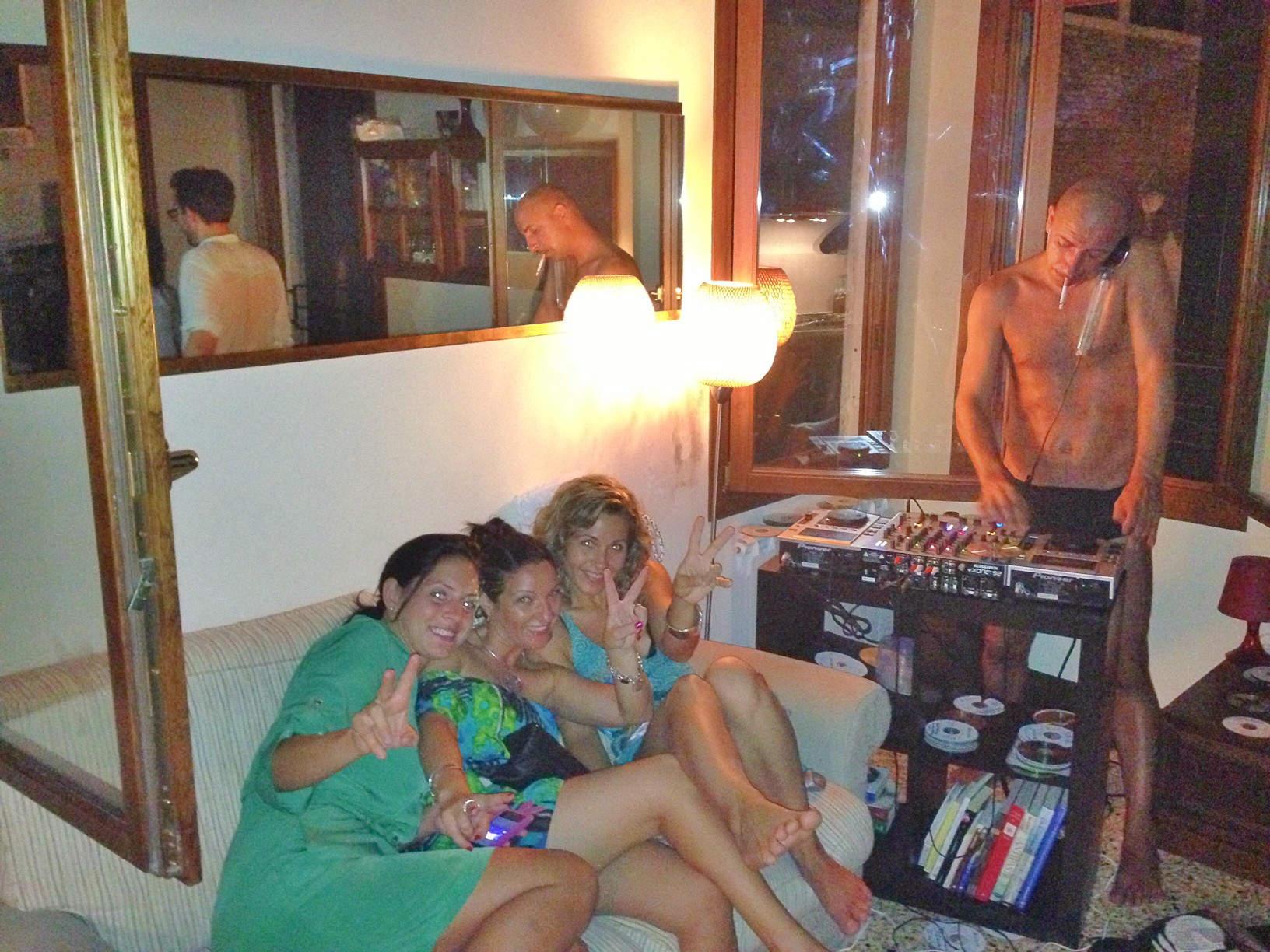 If there is one thing an Italian Enthusiast loves to do, it is to immerse oneself in Italian culture.  The more time that is spent in Italy among the natives, the more nuances of culture that will inevitably be discovered.  Over the summer of 2014 I discovered a behavior that I found very amusing, and very different from a behavior we would see in the United States.

While visiting a dear friend in Venice, we spent the evening with a group of Italians who happened to be working in Venice for the summer, but were in fact from Southern Italy.  We had a fantastic dinner together, followed by a motor boat ride through the Venetian canals.  After the boat experience, we went to the apartment of one of the guys from Naples.  I never met the man before, but he was hospitable and welcoming.

When we entered his small apartment near Piazza San Marco, he immediately stripped down to his underwear, offered us drinks and began playing music for us using his DJ equipment.

Granted, it was a hot summer evening, and the apartment was without air conditioning.  However, stripping down to his underwear with about 6 guests present, some whom he had only just met, was strange to me.  Nevertheless, he continued as if everything was normal, as did the Italian guests.

Now, I’ve entertained many guests in the United States.  I’ve invited people over, offered them food and drinks, and played music for them, but I have never done so wearing only my underwear.  When I questioned my friend about the man’s behavior, her response was basically, “Well the temperature was very hot, what do you expect?” and then the subject was dropped.

Clearly entertaining guests in your underwear in Italy during hot summer evenings is commonplace, or at least not as unusual as Americans would view the practice.  I was told, however, by a Florentine that this sort of behavior is more common in Southern Italy than it is in Northern Italy.

Therefore, as an Italian Enthusiast, and as a strong believer of the proverb “When in Rome do as the Romans Do” I’ve decided that a personal goal is to gather a group of friends in Italy for dinner one summer evening, and entertain them with food and drinks in only my underwear for the entire evening!  This must certainly be an item on the bucket list for all Italian Enthusiasts.