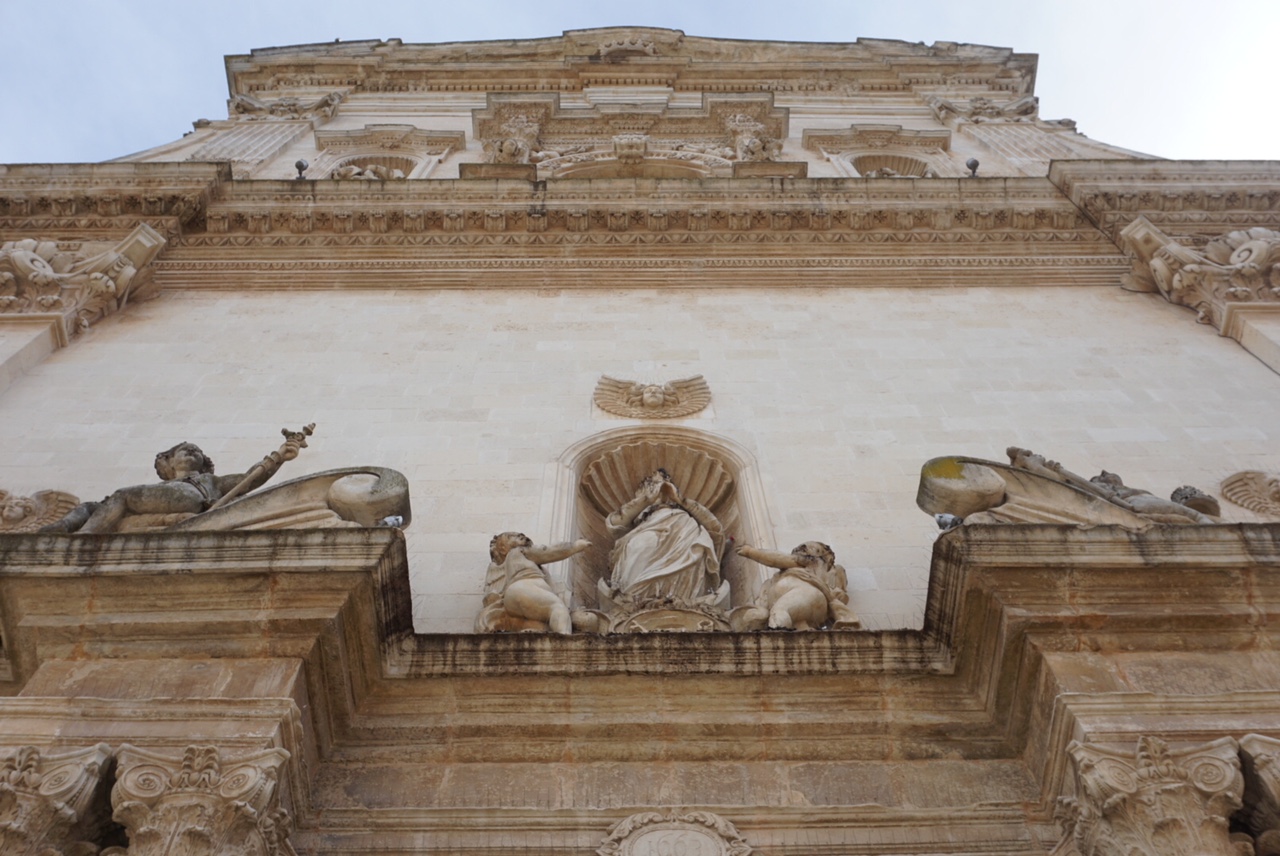 One of the special things about Italy is its rich and diverse history.  We see Germanic cultural influences in northern Italy, Etruscan influences in the middle regions, and Greek and Arabic influences in the south (among influences from various other countries and periods all across Italy).  The fact is that Italy is desirable.  It is now and has been for centuries.  It is therefore no wonder why Italy has been the target of countries fighting to gain control if its lands for hundreds and hundreds of years.

Between March 28 and April 2, 2018, I participated in an educational tour in southern Puglia, specifically in the “Grecia Salentina” zone of Salento, in the province of Lecce.  The area that makes up “Grecia Salentina” consists of 11 towns, all of which are inhabited predominantly by remnants of an ancient Greek civilization in southern Italy, known as the Griko people.  Most Greek inhabitants of “Grecia Salentina” are in fact Italian, as their families have become Italianized over the centuries; however, with the help of the Italian government, the Griko communities have been able to preserve their heritage.

In 1999, the Italian parliament enacted a law which officially recognized the Griko people as a minority group, and their language as a “historical language minority” among others including Albanian, Catalan, and Croatian.  Between the government’s recognition of the language, and the 11 towns joining to form “Grecia Salentina” the ancient Greek culture is preserved.  Today, the language and culture are taught not only at the universities, but also in the elementary schools.  In addition, Greek architecture, art and music influences have become a part of Italian culture in Salento.

The song above, called “Kali Nifta” is a traditional Griko song, sang in the Griko language and performed by Salvatore Gervasi and Mariella Salierno on Easter Sunday 2018 in Melpignano, Italy.  The lyrics are about a man who wants to be with a woman, but the woman does not want to be with him.

Other than the amazing Greek influences, the actual towns of Grecia Salentina are spectacular, having some of the most beautiful churches and charming historical centers that Salento has to offer.  And just short distances from the Grecia Salentino villages are breathtaking coastal towns that attract Italians all throughout Italy.

Another great thing about the Grecia Salentina towns is that they are all within close proximity to other important Salento cities such as Leuca, Otranto, Lecce, Brindisi, Gallipoli and Taranto.  Over all, I think the ever-present beauty of Salento, coupled with the traditions, art and music which are largely influenced by ancient Greek inhabitants, makes southern Puglia a unique place on our globe, and one that should be on everyone’s bucket list.

P.S. In speaking with many Americans upon returning from Salento, I’ve noticed many mistaking “Salento” for “Salerno”.  For those of you who are not sure, Salerno is a city in the Campania region about an hour outside of Naples.  Salento, on the other hand, is not an actual town, but instead a geographic area of southern Puglia (the heel of the boot), comprising of many towns and cities.