Are All Italian Men Mamma’s Boys? 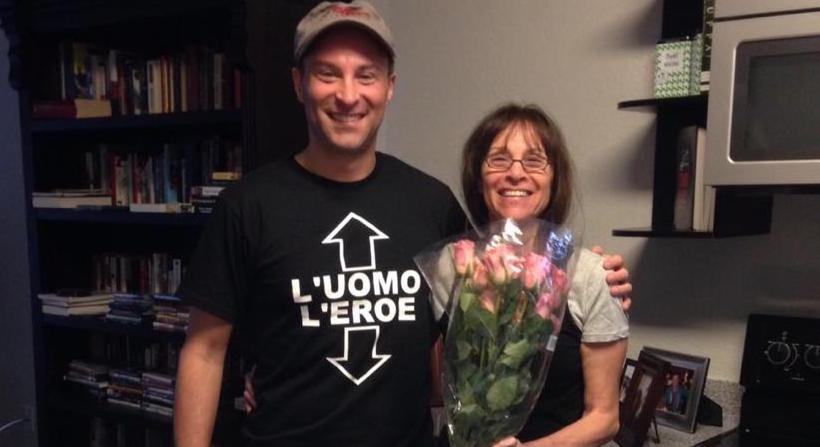 There is a stereotype about Italian men that they are all Mamma’s Boys (In Italian: Mammoni).  But as we know, stereotypes aren’t necessarily truths, or at least they do not apply absolutely.  I decided that the best way to explore the validity of the stereotype was to speak with Italian women who have experienced men in both Italy and abroad.  The consensus was that while all Italian men are not necessarily Mamma’s Boys, a significant amount are, and most certainly in comparison to men in the United States.  But even though being a Mammone is typically frowned upon (you never hear a girl bragging about a new boyfriend saying, “he is so perfect: handsome and a mamma’s boy!”), the fact is that there are varying degrees of being a Mamma’s Boy.  Let’s explore some characteristics below:

Mamma’s Boys Live with their Moms.

According to an Italian article citing ISTAT (the Italian Institute for Statistics), in 2015 almost 70% of men between the ages of 18 and 34 lived at home with their moms, and this was not due to the men being unemployed.  In fact, over half of the men between 30 and 34 had jobs, and yet still decided to live at home with their moms.  Upon speaking with Italian women, many men non alzano il culo (don’t get up off their ass), and prefer the easy lifestyle at home where their mothers iron their clothes, cook their meals and provide routine praise which reinforces their erroneous sense of omnipotence.  While living at home well into adulthood is more acceptable in Italy than it is in other countries, it is understandable how this lifestyle can nonetheless interfere with a romantic relationship between a man and a woman.  This physical attachment that many Italian men have with their mothers is one of the strongest elements in determining whether a man is a Mamma’s Boy: the unwillingness to leave the home.

Another characteristic that many Mammoni have is financial reliance on their mothers.  If you’re a 16-year-old high school student paying for a romantic dinner with your girlfriend using your mother’s money, that is one thing.  But when you’re a 34-year-old man using your mother’s money for day-to-day expenses (i.e., cigarettes, coffee and Play Station games), as well as an occasional slice of pizza for your girlfriend when you’re not paying alla romana, then this is just another indicator that you’re a Mammone.

Aside from the physical attachment and the financial reliance that many Italian men have with their mothers, there is also an emotional element.  A man, for example, can be a Mamma’s Boy even if he does not live at home with his mother.  As one Italian woman from Piedmont shared with me during an interview, “non sono mammoni solo quelli che vivono in casa, ma sono mammoni anche quelli che nonostante siano affermati professionisti, high profile, non sono in grado di avere una relazione matura perché dal punto di vista affettivo sono ancora attaccati alla gonna della mamma.”  What this means is that even high profile professionals in Italy that do not live with their mothers can still be Mamma’s Boys because many are unable to maintain mature relationships while being attached to the “skirts” of their mothers.  These men place such a high degree of importance on their mothers’ opinions that their mothers control their every move, creating identity and relationship problems for the man.

Italian mothers generally spoil their sons, especially when they live at home.  However, even when men live in separate residences, their mothers spoil them from a distance.  Adult men who live outside of their mother’s home often return on a regular basis to drop off laundry and eat home-cooked meals.  In the alternative, if they are unable to make it back home, their mothers will go to them.  The mothers spoil unconditionally, and being a spoiled man may be an indicator that he is a Mammone.  Further, due to the high degree of reliance that Mamma’s Boys have on their mothers, Mamma’s Boys are often irresponsible.  Why is there a need to be responsible when their mothers have been (and continue to be) the responsible figures in their lives since birth?  Mammoni often fail to pick up after themselves, pay bills, cook, and even lack the ability to understand accountability altogether.  Lastly, Mamma’s Boys are receivers.  They receive everything from their mothers.  Clothes, food, money, praise, nourishment, attention.  When a man is so accustomed to receiving, he becomes more interested in receiving from a significant other rather than giving, and this creates selfishness.

Why do Men Become Mamma’s Boys?

According to Italian women I interviewed, being a Mamma’s Boy is generational.  Years ago Italian men were independent and had jobs early in life.  But now, men in their forties and under have been taught to be Mamma’s Boys by their enabling mothers’ inability to let go.  As one woman stated, “il danno l’hanno fatto le madri italiane.  Non hanno permesso ai figli di crescere.  Li hanno sempre trattati da bambini piccoli e non li hanno accompagnati ad essere uomini.  Sono rimasti bambini che giocano.”  What this basically means is that the mess was made by the mothers who did not allow their sons to grow as men, but instead, allowed them to remain babies even into their adulthood.  Further, while Mamma’s Boys are common all throughout Italy, there is a slightly larger presence of them in Southern Italy.

In conclusion, do Mamma’s Boys exist in the United States?  Of course they do.  Are all Italian men in Italy Mamma’s Boys?  Of course they are not.  Many Italian men are independent, responsible, generous, and not controlled by their mothers.  However, in comparison to men in other countries, like the United States, Italy proportionately has large numbers of Mamma’s Boys across their regions.  I welcome the input of Italian women to share experiences or opinions they have on the subject.  And if any Italian men find this blog post offensive, please note that I in fact have a very close relationship with my mother and have been called a Mammone in the past.  I wrote the article all in good fun, touching on a subject that many feel quite comical.  I look forward to some feedback.