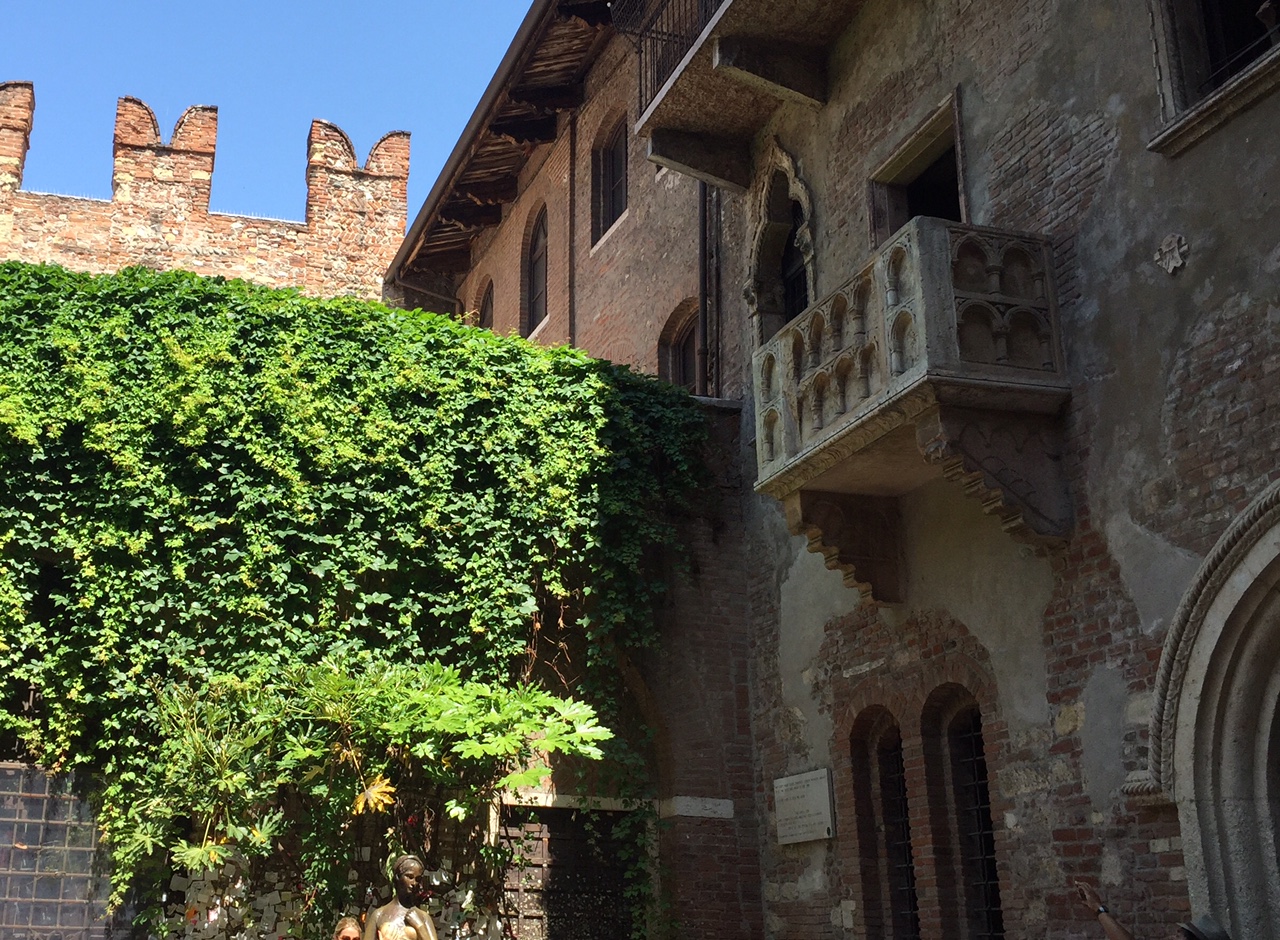 On the day of the Adele concert in Verona in June 2016, and while sightseeing near Piazza delle Erbe, I came across Casa di Giulietta, a beautiful Gothic style building from the 14th century.  Casa di Giulietta (or in English, the House of Juliet) is one of the main tourist attractions of Verona which includes the most famous balcony in the world – the balcony where Juliet revealed her love for Romeo (at least according to the play, Romeo & Juliet).

Even though the play is a fiction, and even though William Shakespeare never visited Verona during his lifetime, the city of Verona created this tourist sensation in the early 20th century when it purchased the building from the Cappello family.  Since the play is set in Verona in the 14th century, and since Casa di Giulietta did exist during the 14th century, and since the prior owner’s surname, Cappello, is similar to the surname Capuleti (the family name depicted in the play), Verona declared the building to be the family residence of the Capuleti.

Crowds of people visit the balcony daily to take photos, sign their names on the exterior walls, and reveal their love for one another.  Personalized heart souvenirs are a popular item at Casa di Giulietta, and there is a gift shop right at the courtyard where such momentos can be purchased.

If a man is looking for a romantic way to get engaged, here is an idea.  Plan a trip with your girlfriend to Verona without mentioning Casa di Giulietta, or at least without discussing it enough to draw attention.  Upon arrival, plan to have lunch at a restaurant near Casa di Giulietta, like Locandina Cappello, or one of the other many great places on a nearby street.  On your way to the restaurant, pass by Casa di Giulietta, by accident, and show a minor interest.

Upon entering the courtyard, suggest to your girlfriend to go onto the balcony where you will take a picture of her from down below.  Let her go into the building while you remain behind.  When she appears on the balcony, tell her how much you love her, and propose to her.  Swear eternal fidelity to one another with her on the balcony and you on the ground.  If that’s not the essence of romantic, I don’t know what is.