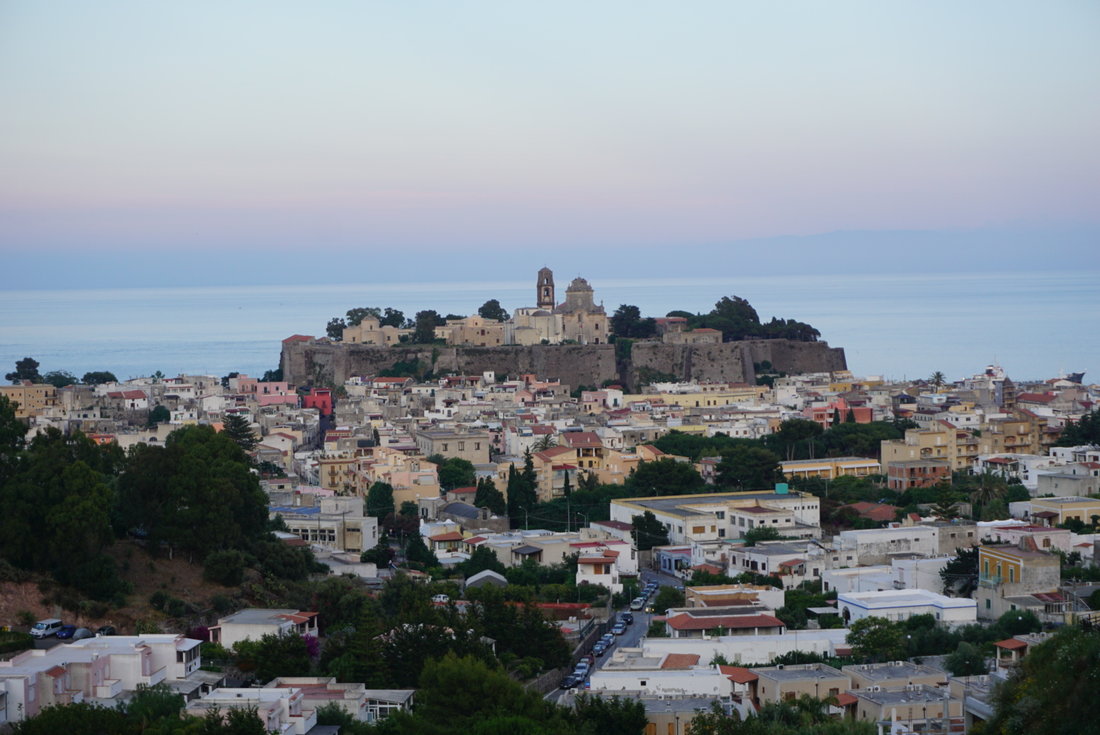 About 5 years ago when I discovered that my great-grandfather was born in Lipari, I had to look it up on the map to confirm which Italian province it represented. From light research, I found that Lipari is one of the Aeolian Islands off the northern coast of Sicily, and I remembered reading about it in college when I studied Homer’s Odyssey.

According to the Odyssey, Odysseus spent one month in the Aeolian Islands where King Aeolus offered him generous hospitality. Indeed, the tales set forth in the Odyssey are fictitious, but scholars accept the epic poem as one of the most important pieces of literature to shape western culture. I immediately felt privileged to link my ancestry to the island of Lipari in light of its presence in the earliest work of western literature dating back over 2700 years.

I visited Lipari in June 2016 where I discovered yet another astonishing link to my ancestry. Lipari is the largest of the eight volcanic Aeolian Islands, the others being Vulcano, Salina, Stromboli, Filicudi, Alicudi, Panarea and Basiluzzo. Due to its largest size, Lipari is considered the main island, (it is the only island with a high school). Also, the town hall is located in Lipari, which governs all of the Aeolian Islands. During my visit, even though the birth certificate of my great-grandfather is from the Comune di Lipari, I discovered from the town clerk that Natale Barbuto was in fact born on the island of Alicudi.

Alicudi is about 45 minutes by boat from Lipari, and is one of the smaller Aeolian Islands with approximately 120 inhabitants. It wasn’t until about 5 years ago when electricity was brought to the island, and today the inhabitants travel only by donkey.

Unfortunately I did not have time to visit Alicudi this past June, but it is on my priority list for a visit in the near future.

From speaking with the Italians from Lipari (or as they prefer to be called, Liparotti), the islands attract over 200,000 tourists per year (mostly from Italy and Germany), with the tourist season generally lasting from May through October. I was told that Americans represent the tourist minority, and that for 6 months of the non-tourist season, most of the inhabitants remain unemployed living off of savings, government assistance and the fresh fish they catch in the pristine waters of the Tyrrhenian Sea.

The Aeolian Islands are a great place to vacation in the summer months if you want to have a real Italian experience. With the lack of Americans, and influx of Italians from all over Italy, staying in Lipari will allow you to vacation like an Italian, while island hopping to mesmerizing ancient volcanic islands. Indeed, I’ve never met an American who has even heard of Lipari, while at the same time I’ve never met an Italian who hasn’t praised it’s beauty and significance to Italian lifestyle.