La Caremma – Burning of the Old Lady of Salento 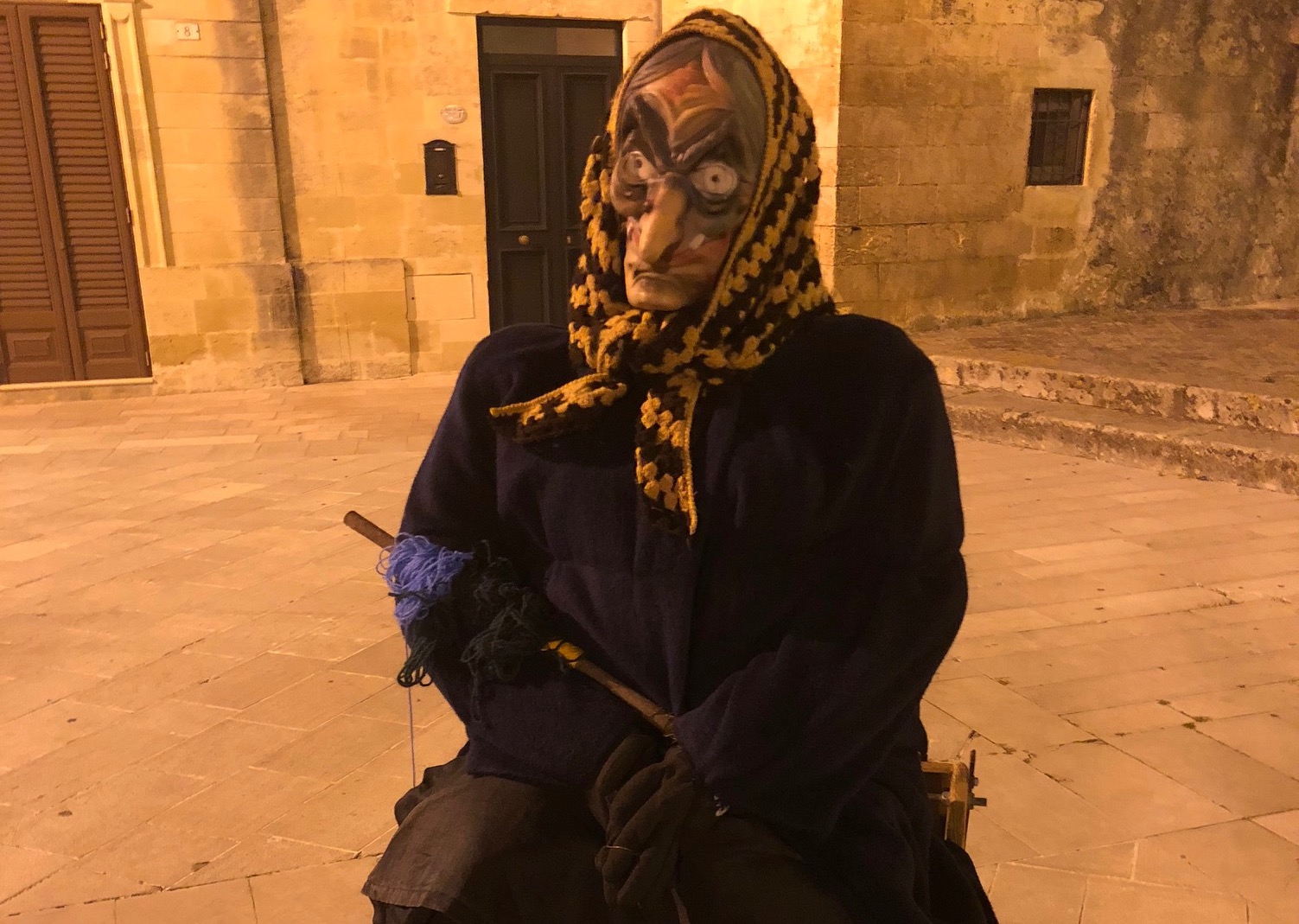 We all know from watching old Fellini movies of an ancient Italian tradition whereby local townspeople gather to burn an old witch lady while celebrating around a bonfire.  Fellini’s 1973 film, Amarcord, introduced me to this tradition, and ever since watching it, I longed to participate in such a sacred ritual that has been maintained for hundreds of years.

On March 29, 2018 in Melpignano, Italy, while on a Press Tour funded by the government of Puglia, I finally experienced the important event, which in Salento is called, La Caremma.  La Caremma, the old and ugly witch lady, represents the period of fasting after Lent, and after the indulgence of the Carnivale celebrations.  Initially throughout the period after Lent, the old lady is seated on a terrace, but then at the conclusion of the Lent period, on Holy Thursday, the old lady is burned.

The burning symbolizes the resurrection of Christ, and represents the beginning of a period of purification and salvation.  It is a joyous event for everyone, with music and children running around the streets with their friends.

La Caremma is a precise example of why I am so enthusiastic about Italy.  Italy is filled with these wonderful joyous traditions that bring people together in celebration.  In Salento, I was pleased to see the event maintained with such detail.  Fortunately, these traditions in Italy will live on, and I look forward to having this experience again with my own family.