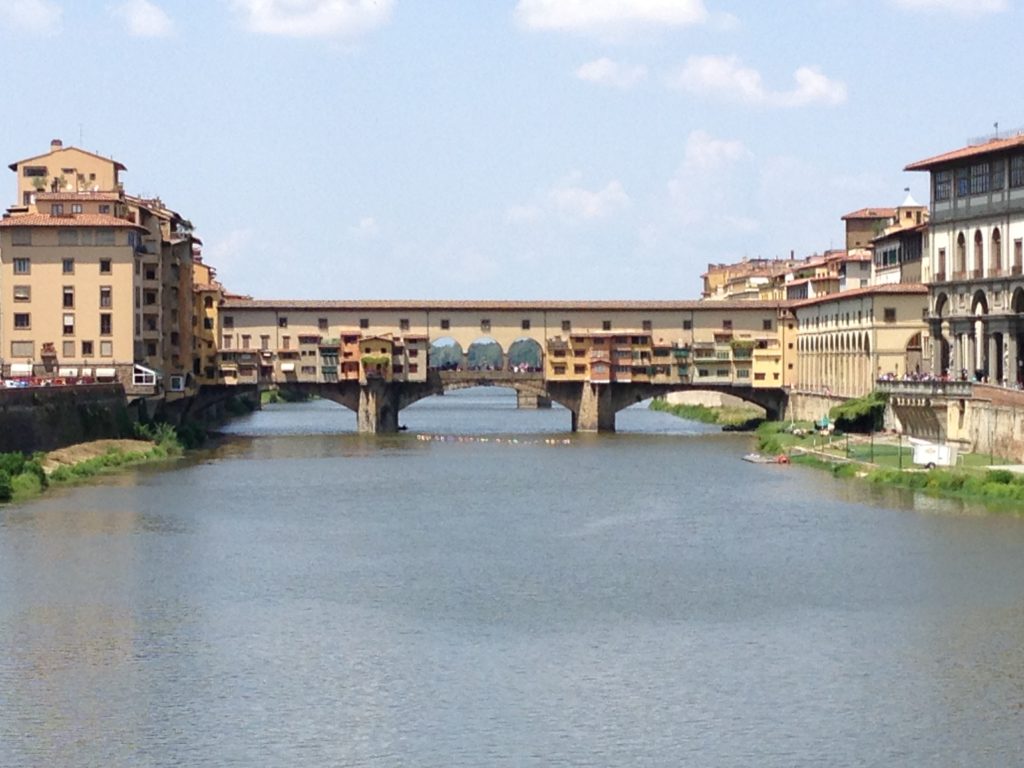 The Ponte Vecchio (“Old Bridge”) is one of the main tourist attractions located in the center of Florence, mostly because of its reputation as being an exclusive platform for gold and jewelry merchants.  However, there is a lot more to the Ponte Vecchio than just jewelry.

The bridge was first documented approximately 1000 years ago, although a bridge in the same location is believed to have existed since Roman times.  The bridge itself has been rebuilt and repaired on numerous occasions throughout history as a result of repeated treacherous flooding.  Florence has a disastrous flood history, with the earliest noted flood taking place in 1177 when the Ponte Vecchio was completely destroyed.  Since then, other wicked floods took place in 1333, 1547, 1557, 1589, 1740, 1758, 1844, and 1966, wreaking havoc on the bridge and the city of Florence at large.

Shops and merchants have always occupied the Ponte Vecchio across its structure.  Prior to 1593, the bridge was dominated by meat merchants, however, in an effort to enforce the prestige of the bridge, the powers-that-were (members of the Medici family) prohibited meat merchants from occupying the bridge, and from that point forward, the gold merchants immediately took over.

Additionally, during World War II, the Ponte Vecchio was not destroyed by the Germans, unlike all the other bridges crossing the Arno River in Florence.  This was allegedly because of an express order by Hitler. 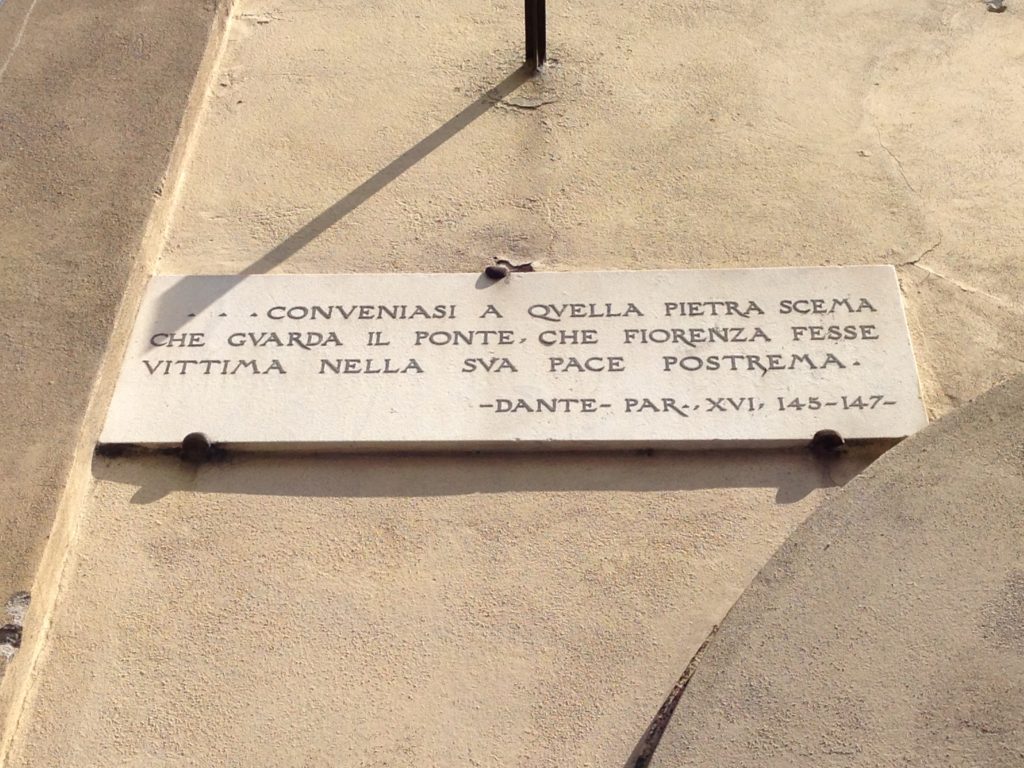 Another interesting story relating to the Ponte Vecchio is that of a man Boundelmonte de’ Boundelmonti.  According to the historical literature, in 1215, Boundelmonte de’ Boundelmonti broke off his wedding engagement to marry another woman.  On the day he was to marry this second woman, as he rode his horse across the Ponte Vecchio, he was greeted on the other side (the Duomo side) by the first woman’s relatives, who knocked him off the horse and killed him.  The exact location where the murder is alleged to have taken place is described in Dante Alighieri’s Paradiso, and today there is a plaque of a Dante inscription attached to the Ponte Vecchio above this location.  If you are heading south towards the Ponte Vecchio to cross over to the Oltrarno side (the “other side”, opposite the side of the Duomo), at the beginning of the bridge on the left you can see the plaque.

Putting aside the history and prestige of the Ponte Vecchio, it is a very convenient bridge and one that I often travel when in Florence.  I enjoy going to the Oltrarno side for the shopping and restaurants, and some of the most desirable real estate in Florence is located in Oltrarno.  I do not, however, shop on the Ponte Vecchio, and neither do most native Florentines due to inflated prices and crowds of tourists.