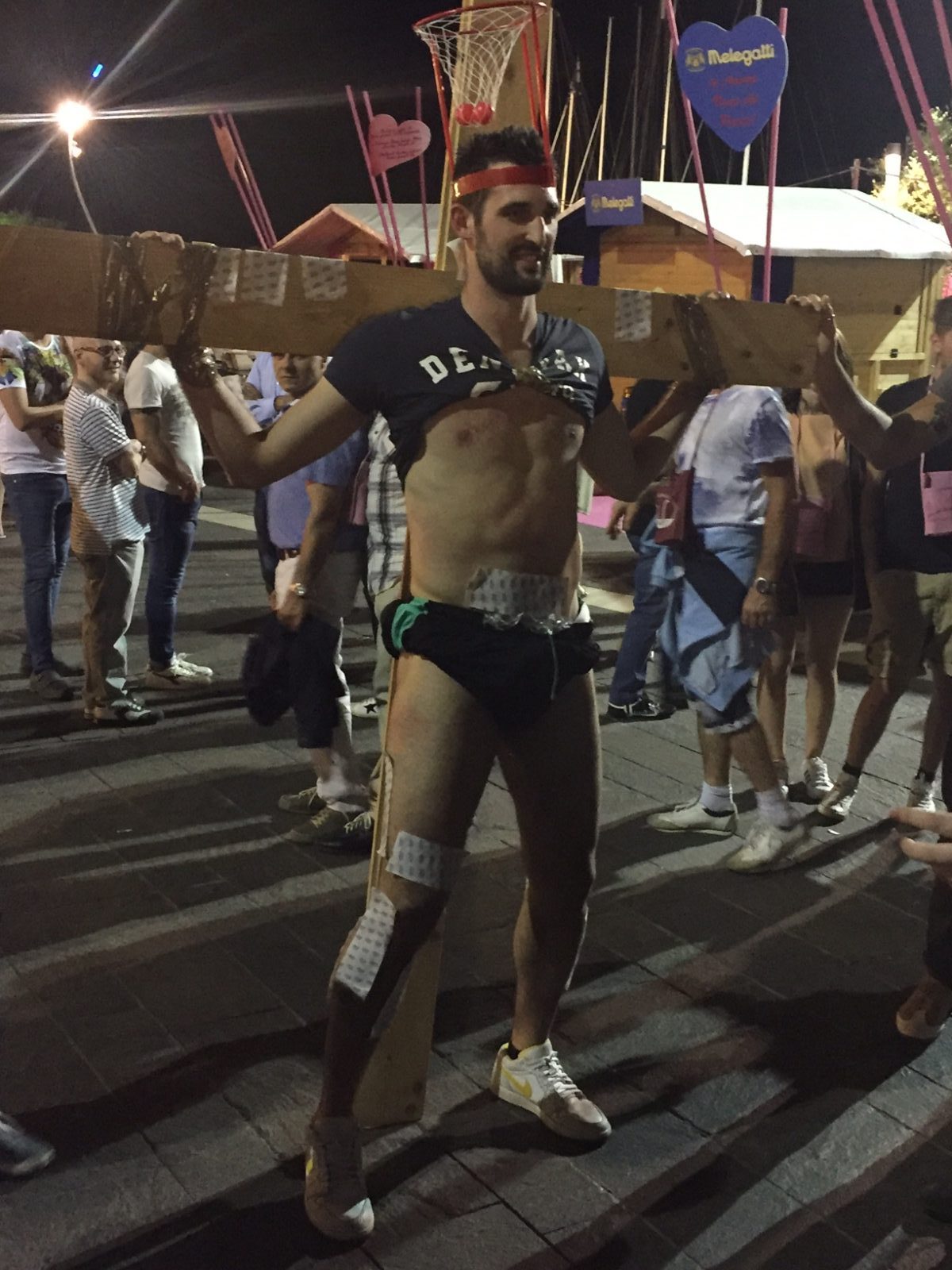 In June 2016 while at a wine festival on Lake Garda in a town called Bardolino, I witnessed, quite symbolically, a young man taped to a cross, and carrying it around the village as if he were en route to his own crucifixion.  His life was indeed about to end, I discovered, but only as a bachelor.

The man was surrounded by many of his male friends who appeared to be leading the procession, all of whom laughed, drank, and caused interactive scenes with curious passersby.

The cross-bearing man also had a basketball hoop fastened to his head, and numerous hair removal strips attached to his body.

I am not certain the precise rules of the game, but if someone were successful in throwing a small ball into the basketball hoop, one of the man’s friends would i) give him a sip of an alcoholic beverage; ii) rip off one of the hair removal strips; or iii) smack him very hard in the ass.  The event was entertaining to watch.

After inquiring as to the significance of the simulated crucifixion, my local friends confirmed that it was in fact a bachelor party, or in Italian, un addio al celibato.  This particular version of the bachelor party is quite common in Italy.

The general rule is that a groom is tied to a cross by his arms and paraded through the streets carrying the cross on his back.  The meaning of this game is to make it clear to the groom the substantial sacrifices he will have to make as a married man.  However, the significance of the basketball hoop and hair removal strips is still unclear to me.  My guess is that the hoop was added to enhance the interactive nature of the game, and the hair removal feature is a symbol of emasculation.

If anyone has any further insight on the significance of the above bachelor party game, or if anyone knows of a unique version of a bachelor party practiced in Italy, please share.