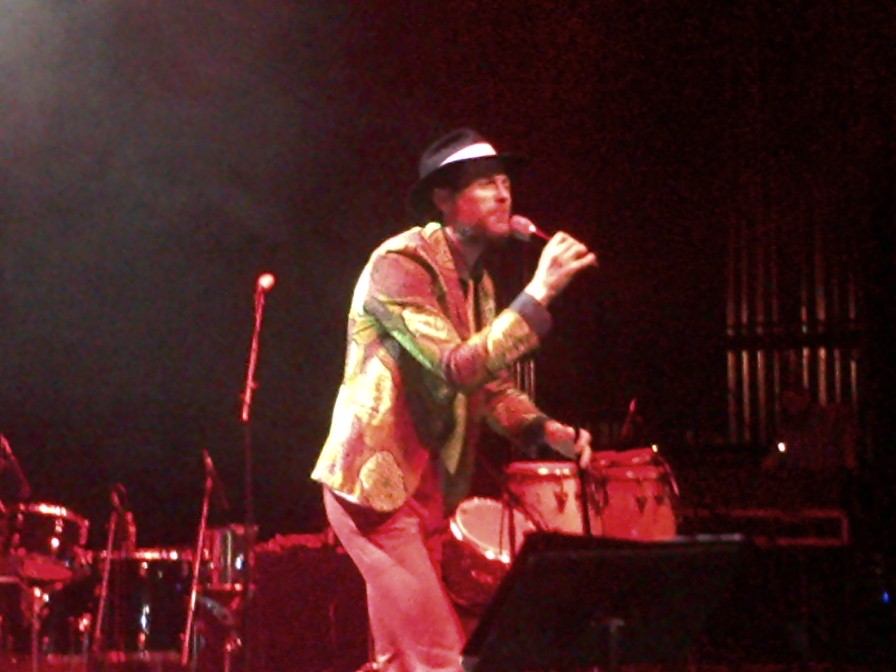 For an Italian Enthusiast, patriotism is demonstrated by supporting Italian artists, especially when they perform in the United States.

On October 29, 2012, I saw Jovanotti in concert at the Fillmore in Miami Beach.  It was an amazing spettacolo, and one that I’m yearning to experience again, as soon as possible!

I’ve been a fan of Jovanotti since 1998 and seeing him live was surreal. Besides the usual exhilaration one feels when seeing a famous artist perform live, witnessing Jovanotti in concert for me was nothing less than extraordinary.  For one, Jovanotti exuded more artistic energy I’ve ever seen from musician, and he maintained it throughout the entirety of the show.  Between the instrumentals, his addictive lyrics and awesome dance moves, the entire crowd experienced a continuous dopamine overload, and it felt invigorating.

Additionally, there is a big difference in seeing Jovanotti perform live in Italy than in the United States.  In Italy, Jovanotti sells out stadiums.  In the United States, since Jovanotti is not as well known with Americans, front row seats are in fact possible to purchase at reasonable prices.  I was fortunate enough to get right up to the stage, which not only made the entire evening more intimate, but also allowed me to catch a glimpse at Jovanotti’s socks, which confirmed that Italian fashion sense extends to the undergarments with just as much flavor as the outer garments.

For more information about Jovanotti, you can visit his website at: www.soleluna.com.