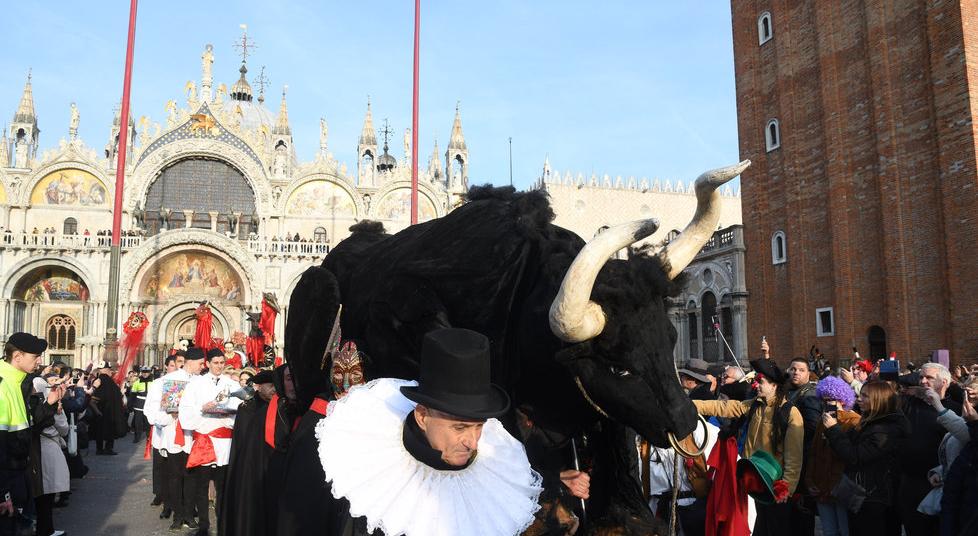 Tagliamo la testa al toro, which translates to, let’s cut off the bull’s head, is an Italian expression, presumably from the Veneto region, used to encourage undecided people to make a final decision, even though the decision might be difficult or result in a hardship to someone. Perhaps in English, it would simply be, Make a Decision Already!!!

Italian folklore suggests the saying to originate from a bull owned by a stingy man. Curious to discover the contents inside a jar, the bull put his head into it to see what was inside. Unfortunately for the bull, his head got stuck in the jar and the bull’s owner was to cheap to break the precious jar to save the bull. The owner called his friend over for advice, and the only solution the two men came up with was to simply cut off the bull’s head to put an end to the problem.

Venetian folklore has another explanation for the bull’s reference. In 1162, Venice fought against the city of Aquileia  (in the province of Udine, region of Friuli Venezia Giulia) for the control of Grado, an important port city in a strategic trading position by the Adriatic sea. Venice won the war and captured prisoners: 12 priests, 12 citizens and Ulrico, the leader of the Aquileian army. The Doge of Venice promised he would release the hostages if the Aquileian people payed a big ransom: 12 loaves of bread for releasing the priests, 12 pigs for releasing the citizens and 1 bull for releasing Ulrico.  The ransom way paid. The bread was given to the Venetian people, the pigs meat to the Venetian senators, but no one could decide who would have the bull. The Doge realized that, because the bull symbolized Ulrico, the leader of the Aquileian army, it needed a model punishment. The bull was therefore brought to the main square and his head was chopped off. Since that time, according to the folklore, “cutting the bull’s head” means definitively putting an end to a complicated controversy.

To maintain the tradition, the Doge decided that 12 loaves of breads, 12 pigs and one bull should be sent from Aquileia to Venice every year, just to be executed in the Piazza in front of the population. This macabre tradition continued until 1523, until the pigs’ carnage was stopped, and only the bull’s execution was maintained as a symbol of the victory against the Aquileians.

Today the tradition continues, except instead of beheading a real bull, a paper mache and fabric bull gets created every year in San Marco Square, Venice, on Holy Thursday and brought to the main square where it is beheaded as a memory of the Venetians’ medieval victories.