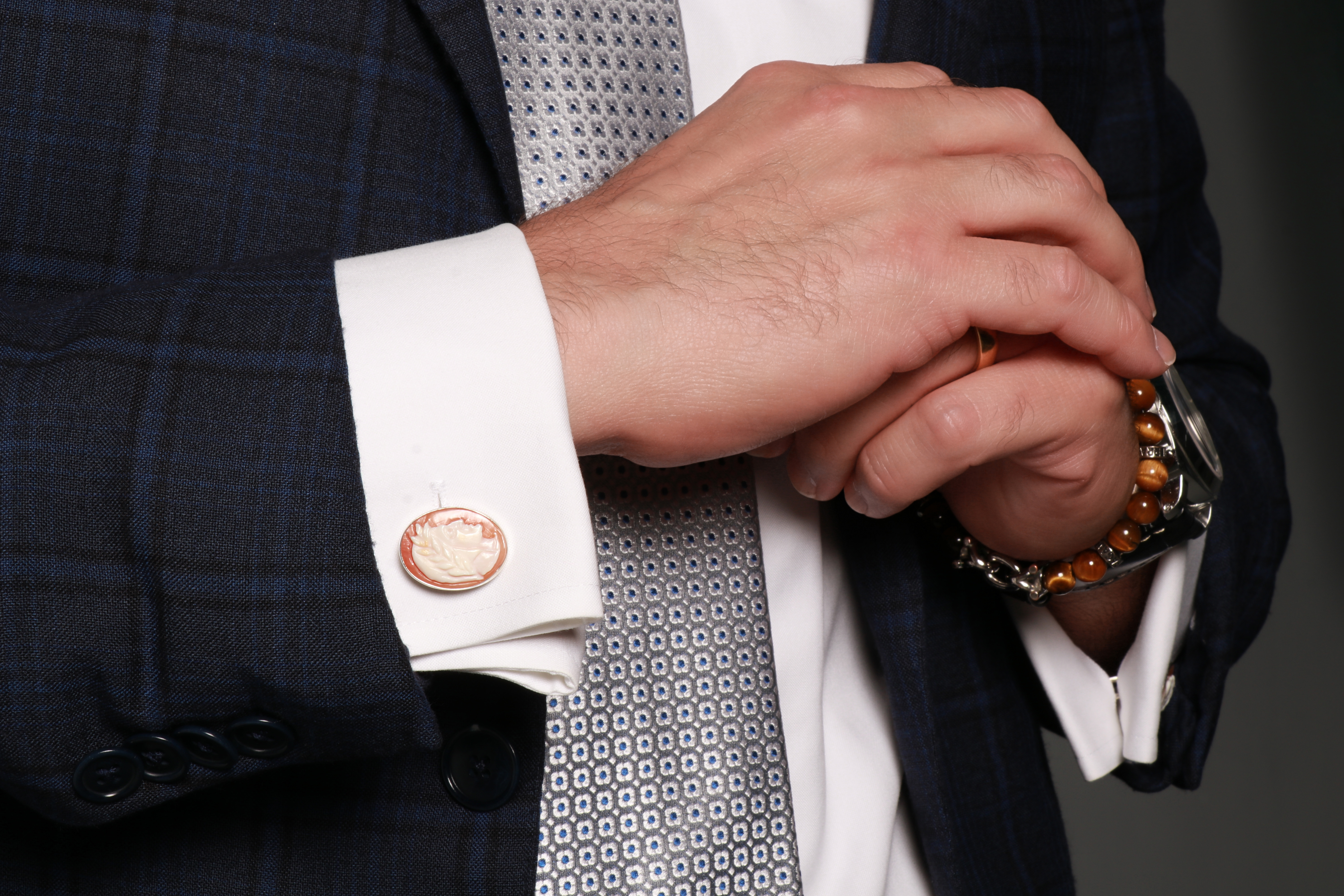 Cameos have a very important place in Italian history, culture and lifestyle.  The art of Cameo-making, called Glittica, is one of the most ancient arts of humanity and an art that has had its golden moments in Italy over the centuries.

During the Roman Empire, for example, Cameos served to emphasize one’s social status, while in Florentine Renaissance and the Neoclassicism period, the Cameo was an object of desire, and a MUST-HAVE for privileged tourists during the Grand Tour of Italy.

Today, Cameos are sold all throughout Italy on the mass market, but finding an authentic Cameo artist who passionately maintains the ancient traditions of cameo-making with also a strong knowledge of art history, is hard to come by.  Fortunately, I discovered Bimonte Sorrento.

I recently became inspired to acquire a Cameo necklace for my wife after seeing a painting by Sandro Botticelli of an Italian noblewoman, Simonetta Vespucci.  Simonetta was known during the Renaissance as the greatest beauty of her age, and was the model for many paintings by Sandro Botticelli.  In one of Botticelli’s most famous paintings, Simonetta is depicted wearing a Cameo necklace of Apollo, Marsyas and Olympus.  My quest then began to find a similar piece for the beauty of my age – my wife.

Bimonte Sorrento, located in Sorrento, Italy, had exactly what I was looking for.  In fact, when I reached out to the company’s owner, Christian, he already knew of the Cameo, along with its history and appearance in Botticelli’s painting.  This was telling, as I also spoke with several other Italian Cameo-makers who had no idea what the “Apollo, Marsyas and Olympus” Cameo looked like, and did not have the apparent historical and artistic knowledge of Christian.

Further, on the Bimonte Sorrento website, the Company’s passion for art history is apparent, selling such Cameos with carvings of biblical figures, Greek and Roman gods, and classical literary depictions.  In fact, I was so impressed, I am now a proud owner of a pair of Dante Alighieri cuff links from Bimonte Sorrento!

If you are looking for quality Italian jewelry, check out Bimonte Sorrento’s website.  Even better, find something with historical and artistic significance to make the piece most special and a topic of conversation in every social setting.  The company provides convenient shipping options to the United States and other countries.

Ravazzolo Italian Suits – The Best in the Business